On this project, I attempted to hack this musical keyboard toy. But I had a hard time to figure out the way to hack keys of this toy. Because of the circuit is very low quality that buttons are impossible to hack. So instead of recreate all the circuit inside just to make it works like it was, I decided to focus on the interaction and the story of the keyboard.

Utilizing proximity ultrasonic sensor installed on the side of the keys, I was able to recreate the experience of interaction with the keyboard that user can move their hand along the length of keys and create different musical notes. However, I decide to give the piece some twist. I inverted that experience. That because I inspired by the experience of cleaning it when I got it from trash pile around Brooklyn. This keyboard is extremely dusty that I have to buy a wet wipe to clean it right away before carrying it home. Which I think that this keyboard is so unloved and haven’t been play for such a long time. One reason is that it broke. And now I’ve give it back a chance to make noise again. Maybe it will started to hate human and sings just for itself. So when human trying to touch it, it will scream to stop them from touching. But if human stay at certain distance it’ll sing by itself, out of its own enthusiasm. 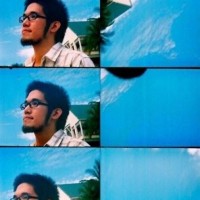