For the last project, I modified one weight scale and made it have sound when people sit on it, which thanks for Katherine’s idea and explained more about the meaning of dead technology in person. 😀

(At the beginning, the idea I had was that I could put the steel of weight scale on the boots, and then when people stand on it, which will trigger music. This probably would become one dancing machine, and asks people take exercise. If the user wants to know his or her weight, and he or she could directly get the outcome. But after discussed with Katherine, I changed the idea, and we both like the new idea! )

Actually, when I got the weight scale, it was still work! I really feel that the person who discarded it really doesn’t know how to treasure his stuff! Therefore, even though scrapyard challenge almost come to the end, the most important knowledge I learn from this class is that the on-street garbage in New York city  is not what I thought, there might be something useful there!!

But when I presented this work, because it was one mini speaker we could not hear clearly the sound. Therefore, I bought one larger speaker as attached picture.

I consider that  though I seem the project as a project for Happy Tv show, if it probably can be very useful in some cases. For  example, if a kid is out of control in one public space and jump on high heat steel and he feels too hurt to scream out, then the large buzzer can help him to inform his parents. (But I think education is first task for this family, of course…..)

Anyway, here is one video about how this new weight scale works. I hope you enjoy and give me any comment and suggestion, and I will very appreciate!! 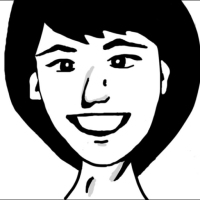