Here’s some dead tech and other mechanical bits being used to make music.

The first one is a pair of old floppy drives playing the Imperial March from Star Wars.

Another from the same guy uses an old keyboard as an digital piano.

This one is less dead tech but it shows that you can still get cool sounds out of parts you might not think of.

This one has nothing to do with dead tech but I found it while I was looking at the last video and had to share it. 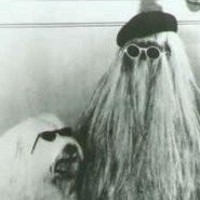